Hello friends! I’m finally getting back to posting on a somewhat regular schedule and I really hope I can keep up to it. It’s my birthday today and every year I do a birthday Q&A on the blog to celebrate it. Before we get into it, I wanted to talk about the past year.

It’s been so difficult for all of us and I started a new job in the midst of the pandemic which wasn’t easy but I settled into it. I was having a great blogging year with so many amazing books read and my Woven in Books posts and The Poppy War readathon I co-hosted with Nandini and even did an IG Live with Rebecca Kuang. It was around November/December was when I was really hit by a slump- both reading and blogging

. It took me quite some time to come out of it and even now it isn’t completely gone. A creative burnout is so bad and it takes time but the one thing I truly learned from all this is to stay patient and let it soak in and sit it with. Forcing with reading or creating content will create this hatred towards the process and I went through that too. Trials and errors showed me that it’s best to stay patient and let this take its time. I have finally started to read more consistently and create content as my own pace.

I also started listening to BTS last year and I am so much in love with their music. I can’t believe I waited this long to listen to them but also I’m happy I finally heard it. I absolutely adore them and their words and the message they put out. I don’t know if I can choose one single favorite song but listening to Magic Shop is what made me a fan so that song still remains the most special.

Now onto the Q&A! I asked on Twitter for any questions people may have and this is what I got! Thanks for the questions!

Sumedha asked: What are some things you learned in the past year?

I think all of us collectively went through so much this last year. To think about it is kind of overwhelming at times. But I learned two very important things: the first one being patience. The patience to let things take its course and the patience to believe in yourself when things are not going okay. The second thing I learned was putting my mental health first. When things are not going right or when there is a break needed, it’s okay to take a break and it’s okay to say no. In such difficult times, I think learning to prioritise my mental health was a good decision.

What are some highlights and achievements of the past year?

I started my first job which was a huge thing. I was also really proud of my blogging achievements. I was nominated for the Book Blogger Awards for the first time and I was shocked when that happened. I also organized a super fun The Poppy War readathon and so many people were able to join in and read these favourites of mine. I was also able to do a IG Live with Rebecca F Kuang and it was also the first face-to-face author interview I ever did so it was a good experience.

Is there anything you’re looking forward to or want to do in the next one year?

For now, I just hope for situation to get a little better and that I can get consistent with my blogging and reading again.

Shruti asked: Who’s your favourite character from The Poppy War?

My favourite character is Kitay. I love Rin so much and I feel a lot of what she does is because of Kitay. Kitay’s thirst for knowledge and his curiosity and bluntness is what I adore about him. His loyalty towards doing the right thing and his complicated love towards Rin was my favourite thing to read about. He was a consistent character since book one and I just truly love his character so much!

How much have you changed in all your years of blogging?

When I look back, I think a lot has changed for me. My purpose, my goals and my style-it’s all changed. When I started it was just to write about some books I love but it turned into books I’m passionate about, being a more conscious reader and talking about the types of books I support. My aim when I started was just to talk about “popular books” and right now my aim is to support the best books and to put out my opinions in a way that matters. So I hope I can continue to do that.

My favourite activity is just dressing up and taking loads of pictures and meeting some of my close friends for a small get together.

Villanelle asked: If you could be a fictional character, who would it be?

Gargee asked: If you could have a fictional character throw you a birthday party, who would you want to do it and what kind of party do you think they would throw?

I recently read Act Your Age, Eve Brown by Talia Hibbert and I would absolutely love Eve to throw it. It would be amazing because Eve herself is so amazing and fiery and knowing her it would also be made with so much love and care so I think I would definitely choose Eve because she would throw me a lowkey kickass party just as I would like!

Simant asked: How’s job treating you? Is this year going as you expected?

My job is going good, it was my first job so it took time to adjust to a routine and especially since it was work from home, but so far so good! I started this year with no expectations to be honest. Given how 2020 went, I was just hoping to survive and for things to get a little better. Blogging wise I just wanted to get back to some consistent posting, which is still work in progress so I just hope I can do that for now!

Dynamite was actually the first song I heard after watching the Carpool Karaoke and that made me really go down the Youtube rabbit hole of their songs and videos. I think they make such a wide genre of music that it’s impossible to choose just one. For their slower ballad songs I love The Truth Untold, House of Cards, for dance tracks I love Ma City, Run, Blood Sweat and Tears, Mic Drop. I love Black Swan, Pied Piper, Fake Love, all the Cyphers (partial to Part 2 and Part 3 though), Louder Than Bombs, Paradise, Mikrocosmos, Telepathy, Dis-ease. I think I can really go on and on.  I truly love all their songs so much.

My favourite solos is even more tough so I’ll list it some: Moonchild, Trivia:Love, Epiphany, Moon, Abyss, People, Interlude:Shadow, Daechwita ,MAMA, Airplane, Blue Side, Just Dance, Lie, Serendipity, Filter, Stigma, Singularity, Snow Flower, Euphoria, My Time, Still With You. I might definitely be forgetting to mention some but yeah love them all too much

What are some of your favourite performances?

The first thing which really made me a fan was their performances. I am so in love with ON’s choreography. I love all the Boy With Luv stages, the Black Swan stages, all the stages they did for the Jimmy Kimmel week. I also love all their MAMA and MMA awards one, especially the 2018 one and the 40 minute MMA 2019 stage. The 2020 MMA one with that iconic orechestra version of Black Swan was so awesome too! I love watching the Mikrocosmos concert stages the most, the Pied Piper and Dimple stages for 5th Muster was something else! But I definitely think the 2019 MMA is one of my top favourites because they performed such a range of songs and Dionysus and those outfits was truly iconic. I also love love the Tiny Desk concert a lot even though they were just sitting the energy was amazing. Also want to add the recent MTV Unplugged ones especially Telepathy!! I also love Ddaeng performance both the rapline and the 5th Muster version and every Outro:Tear performance.

Karina asked: If you can only choose one to watch for the rest of your life, what would you choose, Run BTS, Bon Voyage or In the Soop?

This is so tough. So In the Soop was the first show I watched even before Run BTS so I definitely love it a lot but honestly nothing gives as much serotonin as watching Run BTS. There are over 125 episodes now and I am only left with 20 remaining to see but only because I keep rewatching some of them again and again. I love Bon Voyage but I have only seen season 4 of that yet. So I would never want to choose but Run BTS over In The Soop by 0.001%.

So that was it! Thank you for the questions and thank you for reading, I know this was a long one! I hope this year was great for you’ll as well and it remains so!

How was your year? Did you discover anything new? Tell me about it!

8 thoughts on “The Birthday Q&A // A year of ups, downs and surviving” 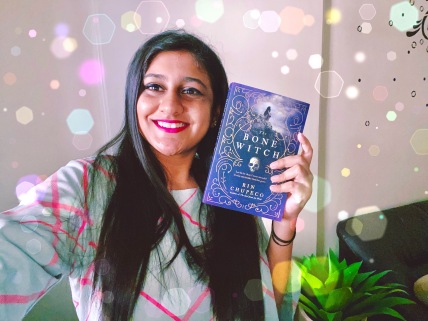